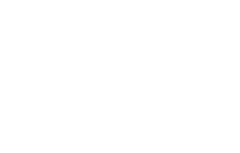 << back to the previous page
The Washington Post
By Michele Lerner
12/10/2015
For more than eight decades, the historic Wardman Tower at Connecticut Avenue and Woodley Road NW in the Woodley Park section of Washington has captured the attention of countless commuters and tourists on their way uphill to the National Zoo or downhill to Dupont Circle.

Each spring the corner is awash with bright blooms that draw the eye from the street up the gentle slope to the distinctive Georgian Revival-style apartment building, which is wrapped by 2.5 acres of manicured gardens.

Now the former apartment house and hotel is being transformed into 32 luxury condos anticipated to be complete by the end of summer.

The luxurious Wardman Tower, built in 1928 by Harry Wardman, one of the city’s most prolific developers, was originally designed by Mihran Mesrobian, known for his collaborations with Wardman and for designing some of the city’s most beloved buildings, including the St. Regis Hotel and the Hay-Adams Hotel. Wardman had built a home for himself on the corner lot in 1909, which he later tore down to make room for Wardman Tower. The building was added to the National Register of Historic Places in 1984.

Wardman Tower is known as much for its distinctive residents as for its architectural style. Over the decades, dozens of politicians and celebrities made their home in the apartments, including Dwight D. Eisenhower, Lyndon B. and Lady Bird Johnson, Herbert Hoover and Marlene Dietrich. From 1928 until the 1970s, the apartment was connected to a luxurious hotel on the grounds so that residents could enjoy complete hotel services, including housekeeping and room service, says James Nozar, senior vice president of development for the JBG Companies. In the 1970s, the building became part of the hotel, now the Marriott Wardman Park Hotel.